Art Sanctuary is very proud to announce the arrival of French artist Francois Monnet, with a most special collection of 'kakemonos'; a large series of textiles inspired by Norwegian poet Olav H. Hauge
- the creator of the Theme Poem for this  'Enchanted Garden' exhibition - 2013
'Det er den draumen' - 'It is That Dream' - 'C'est le rêve' 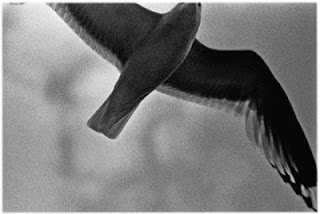 Francois Monnet is a most multifaceted artist,
primarily working in photography and theatre/performance.
Having spent many years in Norway, Francois Monnet has translated and published,
as well as performed with, many of Olav H. Hauge's poems,
including the Centennial theatre performance honoring Olav H. Hauge (2008).
Francois Monnet's  'kakemonos' series is part of present exhibition
'Meeting Point Wood' -
a Norwegian /French collaboration
between Museum of Normandie and Museumssenteret i Hordaland
- Released for exhibition
in 'The Enchanted Garden' of Art Sanctuary, 2013
Sponsored by